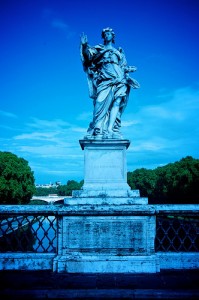 Today I learned that Korg is going to re-release its MS-20 monophonic synthesizer. Actually the MS-20 was my first synthesizer and a fine one it was! Always regretted selling it, but now there is second chance of obtaining it. Hopefully it sounds as good as the original. Contrary to the late 70s -early 80s model it will come with mini-keys (like on the Mini-Korg), USB midi and smaller 1/8″ patch connections.

To let you hear some of its capabilities I uploaded on Soundcloud the track ‘Space Intro’ that actually is the opening track on the new album ‘The Adolescent Years’. It was recorded around 1982/ 1983 and consists of multiple recordings of the MS-20 resulting in an experimental and minimal music track.